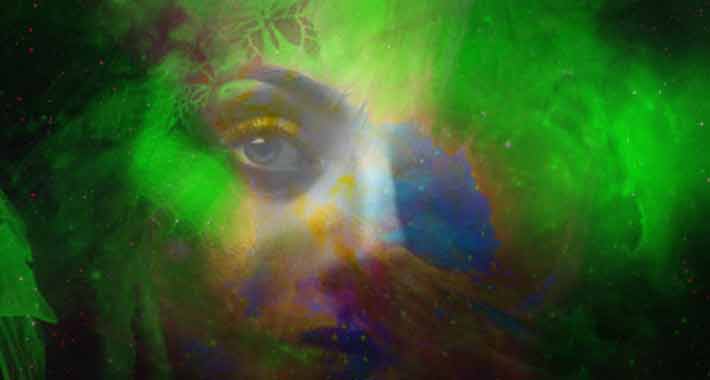 Astral travel is a concept in telekinesis, telepathy, clairvoyance, aura and many more, so why image? All our perceptions in the material world we live in are limited to sense organs. Imagination is one way to overcome this limit. If you don’t have an innate ability and the image ties are not spontaneous, the way to communicate with the spiritual layers is the conscious images created in the mind.

You have read that the building blocks that make up the matter are influenced by words and emotions, especially in the scientific research conducted with water, the words used during the crystallization of water proved to be effective on the formed crystal motifs. Just like this, images created in the mind are used to establish a connection in the spiritual sense. Telepathy to communicate with someone to think about and the image you create will actually affect the formation of the bond between you and that person.

Power and Effect of Imagination

Since the created images are directly related to the spiritual layers and there is a consciousness on them, such a powerful effect is created that the person can be contacted with the other end of the world with an image of the image sufficiently amplified by the transmitter and the desired effect can be obtained. Tests in Faraday cages in this area have shown how strong this effect can be.

Professor Vassilyev closed the door with a telepathic capability, putting Tomaşevski in a lead cell, which could stop the radiation, and a cap into a mercury filled with mercury. It was thought that Tomashevski, who was in the Faraday cage, could not use his telepathic abilities in any way. But shortly after his portrayal of Fedasava as a sleepy female subject, Tomasshevski lost consciousness, Fedorava lost consciousness.

These and similar experiments show that images created in the mind can be used as a spiritual channel to communicate with other people. A similar situation is valid for telekinesis studies. When you want to influence the matter or create an energy, you must first envision that the energy comes out of the source and reaches the desired point and that the effect that you want to emerge occurs. This imagination (animation) constitutes the first stage of the desired outcome before it takes place in the material plan of the spiritual floors. Our thoughts and the animations we create in our minds have an impact on ourselves and our surroundings. The result is how the picture we created in our mind is alive.

In our minds, it is not difficult to think, it is enough to think, but we need to have a certain wavelength in order to provide the clarity and effect we want. In our daily life, the animations we make at beta wavelength will not be effective enough if you do not have a certain experience. In order to achieve the desired effect, the brain should be at Alpha and Theta wavelengths. This includes meditation or breathing exercises (contemplation and deep thinking).

Alpha and theta wavelengths after deep trans can be any stage under hypnosis. In this phase, we can achieve the results we want in studies such as effect on objects, astral travel and telepathy. In fact, what we call imagination and image are the first stages of our paintings before they happen.

How is Imagination performed?

The first stage is about what we want to do. We need to know what area we want to use and what we want to use. If we are going to use telekinesis, telepathy, astral travel, vision, or aura, we need to design a template to suit our intended use. These templates can be in the form of small image stories that will lead us to our goal.

If you are new to image studies or if you want to strengthen your image, you must first switch to deep trans stage. How is Spiritual Depth Provided? Alpha Teta Stage? You can start to work at the level of alpha-theta by working on the link. The following links present examples of telepathy, telekinesis and astral travel image. Based on those examples, you can develop your own image studies.

The subject of Imagination and Parapsychology studies is completely personal. You can design your images according to your sensory, visual, sensual and tactile characteristics.

“Logic takes you from A to B. The power of imagination is everywhere.”
“Dreaming is more important than knowledge, because knowledge is limited, but imagination covers the whole world.”
Albert Einstein