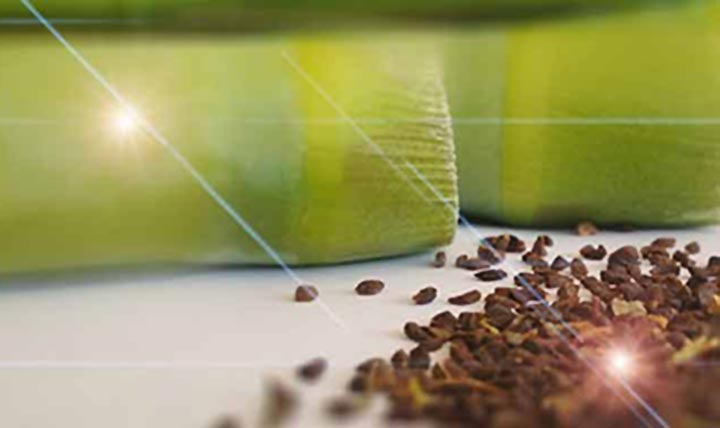 In this article, we would like to share the results of our study conducted for almost 3 months mainly regarding peganum harmala seed and DMT effect. At first, we performed our work with reed grass and peganum harmala seed and then continued with only the use of peganum harmala seeds. We conducted a study with 5 individuals in order to evaluate the effects of different dimensions. Peganum Harmala, that many people have never heard its name, but known as the Evil Eye Weed in society, really surprised us with its active ingredients, its DMT connection, and its effects.

Usage of Peganum Harmala Seed and the Aim of Our Study

It is a proven fact that spiritual work is affected by almost everything we eat and drink. If every substance that penetrates our body also affects the soul-body contact, we tried to reveal that how positively this influence may be used in Peganum Harmala Seed, Epiphysis and Dmt triangle, what doses can be taken without risking our health, and what are the variations in the innate effects that can be changed individually.

As we have mentioned on various subjects, the existence of today makes it very hard for people to elude the material level and reach spiritual levels by trance. We started to investigate which plants can make a contribution to paranormal studies by testing the effects of plants, particularly the Peganum Harmala Seed and its effects, as an accelerating factor in defeating the wall constructed between ordinary material life and Spirit.

Each of the studies involves friends who have experienced certain trance levels in meditation, respiratory exercises or in similar activities. They have natural DMT experiences in spiritual studies. We did not aim in this study to experience and convey spiritual experiences by using Ayahuasca, which is the first thing that springs to mind about the DMT, or by using some high-dose mixtures. We don’t want you to expect that in this direction.

Nearly anyone who goes into deep trance will discover that they have encountered similar experiences to Ayahuasca‘s when conducting research on DMT. It requires no extra work.

If you do not have detailed information about DMT, you can read our article What is DMT? DMT Effect and Spiritual Dimension

In the last part of the article, you can find information about our achievements and the use of peganum harmala seed which is tested and how much to use.

Each person may experience different symptoms. We never know how it will work in each metabolism. Those with allergies and reactivity, in particular, should not try obviously. What we publish about the use of peganum harmala seeds is never recommended, treated, or prescribed for. Drugs that you use, herbal products, nutrients that you take and alcohol use can trigger side effects in plants like these.

Our intention is to express just what we have learned about its spiritual dimension. The biggest risk is the body’s sensitization to a great number of chemical reactions after mao inhibitors used to stimulate high DMT rates. When sufficient doses and formulations are not used, the outcome can pose life-threatening consequences.

The use of peganum harmala seed is not suggested because of the active compounds and the consequences of its interaction with the exception of professional advice and supervision. As a consequence of oral intake of 3 gr of Peganum Harmala seeds, it has been observed to causing of dizziness, nausea, vomiting and central nervous system changes.

It is recorded that the use of long-term or high doses of peganum harmala seeds may cause poisoning, damage to the limb functions and central nervous system.

Can Peganum Harmala Seed Be Used Continuously? How long should it be used?

As with all other herbs the use of peganum harmala seeds requires caution. Greater attention should be provided to plants that influence the nervous system, such plants as Peganum Harmala seeds. The impacts of the active substances in long-term usage are not clear. Like all plants, Peganum Harmala may be used by taking a break. Like using 2 weeks and not using 2 weeks, using 2 days, not using 1 day, using 20 days and allowing two weeks break. Results will vary according to the food consumed and the metabolism of the individual. The ideal is to consume it, through a doctor or specialist’s supervision. Always keep your doctor informed before using the risky group of plants.

You’ll begin reading more and more posts about the use of peganum harmala seeds on the web. One thing we are paying attention to is that there is not enough information about the side effects and the harmful results that the ingredients may cause. First, I suggest you read the relevant chapter below in Jim DeKorne’s “Psychedelic Shamanism” where he shares his experiences sincerely.

It is important to stress that the MAO inhibitor is an incredibly important principle of human metabolism, which anyone who wants to explore Ayahuasca or similar substances must understand thoroughly. The explanation is: monoamine oxidation (MAO) is an enzyme generated in the human organism that acts as a chemical version of our white blood cells; therefore, its function is to disintegrate and render possibly toxic amines existing in our nutrients. Monoamine oxidation can be regarded as an active ingredient, in a somewhat‘chemical immune system’ that helps to regulate metabolism and keep a healthy hormonal balance of our systems.

A monoamine oxidation inhibitor (MAOI) is any element that prohibits monoamine oxidation from having a defensive role. (If we think of a metaphor, it could be envisaged as a short term’ chemical AIDS virus’ immobilizing the chemical immune system.) Many chemicals have been recognized as MAOIs, yet they all fall into one of two categories: reversible MAOIs and irreversible MAOIs.

The irreversible monoamine inhibitor is any chemical that really eliminates monoamine oxidation within the body. Even though this result is said to be ‘ irreversible, ‘ it is not ‘ infinite, ‘ because synthesizing the new MAO in the metabolism requires two a time around weeks.

As its name implies, a reversible MAOI is shorter-acting and potentially useful when cleverly paired with any delusive tryptamine. The harmala alkaloids (harmine and harmaline) detected in Banisteriopsis caapi are reversible MAOIs with a lifespan of about 6 hours, with an average length of Ayahuasca trip in the human body.

Here what happens:The harmala half of the Ayahuasca mix prevents the function of monoamine oxidation in the system and thus, helps the elixir to connect the DMT half with the brain neurons.

Consider like this; harmala helps the DMT, which is controlling the game by blocking others, to score a goal. However, this blocking action is not selective; it helps everyone to score. For this, the organism is susceptible to many potentially hazardous chemical reactions when the MAO defense is disrupted. Obviously, the key problem with using any monoamine oxidation inhibitor is that it might easily lead to death if this chemical is not used intelligently, i.e. in the shamanist way. Hence, limiting nutrition while swallowing an MAO-inhibiting substance is necessary.This is a practice that is exclusively practiced by all South American shamans who use Ayahuasca.“

“Serious MAOI intoxication can be very hazardous. Symptoms of intoxication often do not show up after consumption for up to 11 hours or more. But illogical hypertension is the main feature of overdose. Increased blood pressure can cause an increase in pulmonary edema, blood circulation distress or intracranial bleeding.

A serious, non-typical headache is always the first warning and may be a manifestation of a potential brain artery crisis that can lead to unexpected death. Hypertension signs include headaches, palpitations, sweat, nausea and vomiting, light phobia and sometimes high fever and pulmonary edema. A major issue is foods involving high tyramine. This is a chemical fermentation by-product. Every nutrition including the “aged protein” should, therefore, be avoided.

The list of banned foods involves but is not limited to cheese, beer, wine, salted herring, snails, chicken liver, brewer’s yeast products, figs, raisins, pickles, sauerkraut, coffee, chocolate, soy sauce, cream, and yogurt during the use of peganum harmala seed. “Substances that inhibit monoamine oxidation work together with many pharmaceutical substances and sometimes may trigger a hypertension crisis.”

(Grapefruit can be included, as it leads to poisoning when consumed with a large variety of drugs, as well as for neural drugs. I don’t have any precise information but attention should be paid)

What is Tyramine? “The amine that happens due to modification (such as salting, brine) or nutrition contamination”

You can shift to alternative Calcium and Protein food products. For instance, those who are not allergic may consume tahini (sesame paste) for calcium, and eggs for protein. Neither did I encounter negative results for both. (The results in each digestive system may be different, it is nice if it is first tested with low amounts. Or allergy testing can be applied)

The results will always be affected by the short and long term use of peganum harmala seeds, the quantities used, the users ‘ active life and their metabolic attributes.

You can find peganum harmala seed users’ comments and experiences below the page.

In the next page:

Telepathy
Telepathy and Telepathic Susceptibility as a Scientific Case