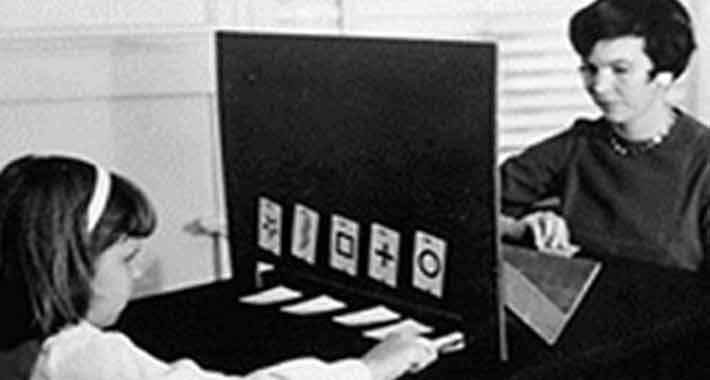 Telepathy is considered to be a short sensation of ESP in the field of parapsychology and is considered among the types of sensory perception, such as preconception and clairvoyance. Various test methods have been developed to find out how telepathic communication is established and how messages are transmitted without any material link. For this purpose, various types of experiments have been developed.

The most well-known of these are Zener cards and Ganzfeld stimulation. The factors that affect telepathic communication between the subjects and the subjects are tried to determine the points that weaken and strengthen telepathic communication. In this way it is attempted to find out which cases are weaker in situations in which telepathy is stronger.

Zener Cards: It was discovered by Karl Zener in 1920 and used to be used in ESP tests. Zener cards are the most known method among telepathy test methods. The cards with different shapes on them are shown to the subjects and the shapes formed in their minds are tried to be found. These cards consist of 25 cards with circle, wave, plus, square and five-pointed symbols. In the experiments carried out at Duke University Laboratories since 1930, the extent to which the subjects were able to see the symbols on the cards was tried to be measured and success was achieved more than expected.

Ganzfeld stimulation: It is the name given to experiments in parapsychology laboratories to provide an environment in which the sensory stimuli are minimized to stimulate out-of-sensory perception in the subject. Telepathy test methods have been used since 1973. In these experiments, all the perceptions that the subjects could do with the 5 sensory organs were eliminated, and they were only concentrated on the non-sensory perceptions.

In this experiment, it is not known which subjects will be activated before the senses of sensory detection, or any other sensory perceptions may occur during the experiment. Parapsychologists have created various cabins, called swimming or isolation cabins, to create Ganzfeld stimulation, the temperature of these cubicles is adjusted to body temperature, sound insulation is provided and filled with saline.

Common Methods: Laboratory conditions are not mandatory for performing telepathy experiments; The most well-known method for common telepathy experiments is described as follows: In a quiet, non-light, very cold or warm room, the participants to participate in the experiment are relaxed and concentrated. Some of these people will be donors and the other part will be receptive. The shape, image, or information to be transmitted during the experiment are predetermined to ensure that the findings do not change and are only transmitted to the transmitters.

Parapsychologists have made the following findings in telepathy experiments:

[] Telepathy cannot be limited in time and place.
[] The activity (concentration) of the transmitter and the passivity of the receiver affect success.
[] Animals and plants also have ESP capabilities.
[] The results are more successful in those who have ties to each other (mother and child, two lovers etc.).

*Precognition: The events that may occur in the future may be anticipated or experienced.