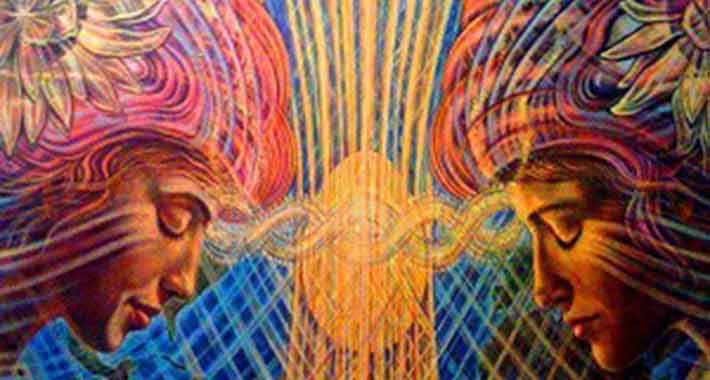 In today’s world, it is seen as impossible to communicate without any means for us who are intertwined with matter. However, telepathic ability exists in every living thing and is open to development. This study confirms this assumption.

In some researches, it was determined that some indigenous tribes in Australia, especially aborigines, used telepathic communication. In the experiments, it was seen that the information given to an Aboriginal native had been learned by other aborigines even though there was no oral communication between them. Telepathic communication is inherent in people who live in natural habitats. The biggest reason for this is that the material dimension has not yet broken the spiritual ties.

Research on Scientists and Telepathy

One of the researchers who research in Australia, Alexander Markey, in his book, which states that New Zealand’s Maorians can still communicate using telepathy, elaborates on the issue of natural life and telepathic communication. Similar methods are used in African tribes, for example in Tabu natives. Likewise, no matter what religious beliefs, studies based on psychic development, telapathy are among the first to be found in the people who are engaged in mystical methods and techniques. Persons who acquire a certain vird and repeat it constantly increase the ability of other people to perceive and receive signals that are emitted and the thought becomes clear to the person before the word is expressed.

According to Roger Luckhurst, the concept of telepathy in Western culture is mainly 19th century. appeared at the end. Before this period, science was focused on physical phenomena and was not interested in “mind Bu. Studies on understanding the paranormal phenomenon have started with the study of live magnetism. Telepathy was discussed more by metapsychic researchers, and some time after the establishment of associations such as SPR, systematic and systematic investigation was started in laboratory conditions. The first successful results were obtained by professor J. B. Rhine from Duke University, a pioneer of parapsychology.

In a series of ESP experiments at Duke University, 558 of the 1850 experiments were successful. The probability of these results according to the probability-based probability calculations was only 22 billion. The book Per Extra Sensory Perception After Sixty Years iler, which was written by Rhine on ESP and telepathy experiments, was accepted as an academic test book for students by Harvard University Psychology Department. After the successful results of psychic researchers such as Rhine, telepathy was taken into laboratory conditions and started to be discussed within the scope of parapsychological research.

The tendency to telepathy and psychiatric point of view

Thought-wiping delusions and psychological symbiosis (mixing). This similarity may explain why some people are attracted to telepathy. Therapy is a symptom of a psychosis, especially schizophrenia or schizoaffective disorder. Psychiatric patients with this symptom believe in a misconception that some of their thoughts are not themselves. But others (ie, other people, extraterrestrial creatures, or conspiratorial intelligence agents) put their minds on their minds. Some patients think that thoughts are taken from their brains or erased (thinking). In addition to other symptoms of psychosis, thought stimulation can be reduced with medicated therapy.

Psychological symbiosis (mixing) is a less defined concept. It is an idea found in the writings of early psychoanalysts like Melanie Klein. The child’s early psychological experience (during infancy) is related to his belief that he does not become aware of the difference between his own mind and his parents’ experience on the one hand. This state of mind is called psychological symbiosis (mixing); it ends with development, but it is said that some aspects exist in adult spiritual functions. This thought may have led to the invention of the erasure experience or the psychological symbiosis of unconscious memories (mixing) as a notion of “telepathy” and its belief that telepathy exists. The idea that people with schizotypal personality disorder are prone to believe in telepathy is the opinion of psychiatrists and psychologists and the experimental findings support this.

In the preparation of the article, some sections have benefited from the information provided in wikipedia.