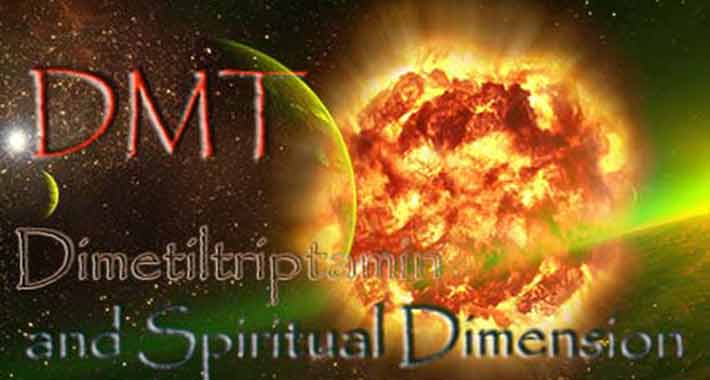 The bridge between the Spirit and Matter is the molecule called Dimethyltriptamine, which is also called the soul molecule because of its spiritual connections. This substance, which is in the middle of the brain and is secreted by the pineal gland, which is the largest part of our brain, has become a complete turning point in psychedelics.

It is very difficult to fit all the details about this molecule into a single article. Therefore, we found it appropriate to present information about DMT in a series. We are planning to present the results of our long-standing studies with friends in a series of articles. First, let’s get to know the DMT briefly.

What is DMT? – DMT Technical Information

Origin: The pineal gland is found in all living things and plants in nature.

What is DMT? Dmt is a molecule shown among hallucinogens. DMT can be called the common communication tool of all living things. It’s about telepathic communication and spiritual connection. Some plants have more density. The amount of shamans used in religious rites to pass trance is quite high. Ayahuasca’nın famous as the molecule that allows. The name of the molecule often referred to by those who cannot experience spiritual experience with different applications and who want to experience a more intense experience.

After the studies that started in the 1960s, the studies on psychedelic substances were banned for a long time, and then, with the help of volunteer users, interesting findings about DMT were reached. The common opinion of the volunteer subjects about the effect of DMT The increase in the spiritual intensity, the existence of a divine power, unity, unity of consciousness and trans-life.

What I am most interested in DMT is that the amount at two points is at its peak; “Birth and Death at the moment” I read this information in my mind unanswered the answers to the many questions left. DMT is at the highest levels when it comes to and from the realm of the human substance. An important molecule involved in the merging of two dimensions. There is an interesting point outside the moment of death and birth. Spiritual journeys, time and space in the spiritual intensities in the moments of intensification …

The effect of spiritual life is great in the secretion and activation of DMT. Those who use DMT are close to experiences experienced in the deep trance. However, when the subjects and the users tell what they say, the effects can be very large when given in high doses. There were some who lost this perception of reality and lost their perception of reality. It is a very intense expression to me that a person who has a DMT experience and says that it takes only 15 minutes to experience 1000 years of experience. Try to live this for a moment; If you are living a full 1000 years then your eyes are opening and you see the people you saw 1000 years ago. They say it only takes you 15 minutes. Every person cannot lift this density.

If you have been meditating for a long time, if you have experienced deeper trance and different states of consciousness, the effect of DMT will not be too foreign to you. The fact that the DMT is too much on the agenda is due to the fact that foreigners are told that they are living outside of the spiritual experiences. DMT can be perceived as the molecule in which people seeking their soul in modern life are hugged to rediscover a long-forgotten feeling.

There is a very important documentary that I found while researching the subject. I do not want to transfer encyclopedic data when there is such a documentary. Those who don’t like to read can go to the documentary at the end of the notes I compile. The information I will import from the documentary will be compiled.

– What is DMT? DMT is a very simple molecule. All organisms have two key enzymes that lead to the synthesis of DMT.
– He sees a kind of communication tool between plants.
– Plants provide their connection to other organisms through this molecule.

– DMT eliminates filters between substance and substance. – Dennis McKenna (Psychologist)
– It occurs in all plants and animals in nature. – Graham Hancock (Author)
– I can’t think of a more powerful tool than DMT for consciousness. The brain is not the source of consciousness. It’s not really us, it’s like a frequency controller, a decoder, something much bigger than it. – Leanna Standish (Naturopathic Physician)

– DMT plays a role in all phenomena. Loneliness, traumas, dreams, dreams and divine emotions lead to increases in DMT secretion.
DMT is activated in a very short time. Very quickly disintegrates by the body.- Steven Barker (Psychologist)
– DMT ratio increases in cases such as deep trans and starvation. The source of DMT is the pineal gland. While increasing the DMT ratio provides the separation of the soul from the body (Psychedelic), the inadequate DMT causes us to see the world as dull, flat and discolored. – Rick Strassman (Psychologist)

– DMT is the substance that makes the soul enter and leave the body – Joel Bakts (Rabbi)
– DMT ratio changes the rate of perception of reality. – Neal Goldsmith (Psychologist)
– Spirit is the inner world, the molecule is the outer world. DMT are the stimulants that carry us from science to soul. – Alex Grev (Artist)

– DMT is the easiest way to communicate with all nature, plants and animals. As a whole, it provides the transition into communication as a whole. – Jeremy Narby (Psychologist)
– The effect of DMT clearly demonstrates the existence of a consciousness separated from the body. – Terence McKenna (Author-Psychologist)

One of the common convictions of the volunteers in the DMT research is that they move away from the self and that they are integrated into everything. This causes the DMT to think that all beings can be a molecule that communicates in a spiritual way.

What is DMT? DMT as Impact

– There’s a section in the brain that looks like a “God detector.” What are the advantages of finding a section that triggers transcendental experiences – Dennis McKenna (Psychologist)
– We’ve been disconnected from the soul for a long time. What we learned tried to convince that the material world is the only life dimension. The only way I can learn from my experience is to find ways to get back in touch with the Spirit. In order to do this, we can use the plants that will allow the decoders to expand beyond the substance in our brains – Graham Hancock (Writer)

– Those who regularly meditate with what happened after DMT, those who have deep trans experience go to the same realm. They have the same experience and get the same information. If we can do it more scientifically, we can improve our ability to survive and intelligence. We are mortal, we kill the planet we live in with ourselves, so our situation is very serious.
We can achieve an intellectual standard of living in this area. – Ralph Metzher (Mathematician)

The subject will be covered under different titles under the DMT – Dimethyltryptamine category.

You can try Deep Transa pass to experience the DMT effect How is Spiritual Depth Provided?