What is Parapsychology? And why is it not accepted as a real science? 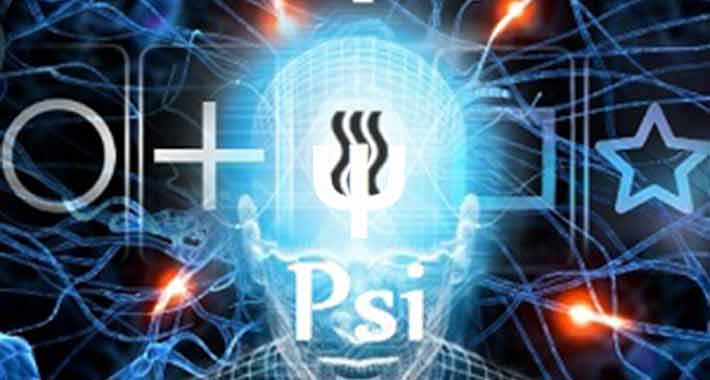 What is Parapsychology? Why Not Science?

What is Parapsychology? Parapsychology, a French word, consists of two words. The word lar Para taş, which is a Greek word, means i beyond known, unknowns Yunanca. With the addition of the word imes psychology Bu to this word, the word eklen parapsychology dı, which has been confused with a monetary phenomenon, has emerged.

What is parapsychology ? Psychology will be difficult to identify with its current structure and terminology; To examine the phenomena that begin at the end of psychology, cannot be solved by the methods of science based on the perception of sensory organs, examining events that do not fit into the third dimension concept; Unusual, mysterious, different and ordinary people who do not want to be condemned is a branch of science. In fact, science is not enough at the point in a science that can say.

What is Parapsychology as a Scientific Contradiction?

The answer is a great contradiction, what is parapsychology? Isn’t it a great contradiction to the environment of science to bring ıp psychology düzey alongside the Latin word ategor money al and lat parapsychology kel to the category of science trapped at the level of matter? On the one hand, ik Psychology in which examines human behavior and on the other, identifies it with Psychology and on the other hand, it is a science that is far beyond what is called edil parapsychology that examines extrasensory issues in the name of mekte but in the face of the events that they will have difficulty in producing solutions. So what is actually parapsychology? Is there only a field where unregistered help is received when needed and helpless?

It is actually a non-scientific science ekleme Parapsychology “which is applied to an accepted branch of science and is applied when they find it difficult to explain something. From this point of view, we see the helplessness of the scientific environment which does not accept parapsychology as a branch of science. A mechanism that accepts the facts as; seen, heard and touched Bilimsel by the scientific truth; Addition, which is a part of its own mechanism, cannot explain or explain, but it does not belong to the science tree. In fact, the details of the subject “What is parapsychology” is the answer to the question.

Why Parapsychology is not considered as Science?

We can address the answer to this question in a number of ways. Parapsychology does not follow the edil Science en pattern, which is called Modern Science and is still being studied. Just like a black and white artwork cannot accept a red color. Acceptability for modern science is limited to our 5 senses. In order for us to recognize the result as a scientific fact, we must be able to touch, see, smell, taste and hear. However, there is no objectivity and objectivity in the research of parapsychology. So the results may not be the same for everyone. Let me try to explain this with a simple example that most people live or at least hear.

He sat down late in a room with four friends, one of them seen in the door through an open door at a time after a view and friends and fear-filled gaze “do you see it,” he says. No others have not seen. He saw the same image in the room again, although he showed it to his friends with the finger, he didn’t see other friends and they even mocked him.

Psychology is the first science to examine this phenomenon. Although there is a link with neurology, Psychology will be forced to give an objective explanation. Psychology can make diagnoses that can go up to schizophrenia in non-objective situations, but it can never reveal the truth. Maybe if you went to a psychologist who was interested in parapsychology, you could get a quick solution.

The event we are talking about enters directly into the subject of parapsychology, but in order to accept parapsychology as a science for modern science, parapsychology examines the unknown image in the same way at the same time. Moreover, this event should be repeated at any time. However, parapsychology treats each individual as different and examines the changes in the senses of the person’s senses. It is not possible for these changes to occur at the same time in everyone’s spiritual structure. Even if all of them are seen at the same time, they must be repeatable or live in the same way for others. In other words, this state of science is based on the perceptions of only 5 senses that we call the modern science is not at all.

Why Parapsychology Is Not Science?

In order for parapsychology to be accepted as a complete branch of science, either science must be redefined or existing science; 5 sensory organ outside the perception of the events that are clear and can be seen in a way that everyone can perceive, audible, touchable, tastable, and must make the smell. Unfortunately, we are talking about a situation that is not possible with the current technological developments.

Note: Parapsychology research centers and parapsychology laboratories are active in countries that put the word parapsychology in the literature. There are a number of private and official educational institutions offering parapsychology training. I wonder if they’re doing all this to investigate the events they’re really curious about? All this for an area they don’t accept as science?

For many years, Uri Geller and many cia, especially cia, took advantage of the secret service. They investigate parapsychological events, telepathy, telekinesis, time, spiritual forces and the future. In an area that they do not accept .. Do you think, despite all these, is parapsychology a science? Can Parapsychology be considered as a branch of science? Parapsychology, in short, refers to the perception beyond. It can also be used to define the current situation.

What is Parapsychology? And why is it not accepted as a real science?

What is parapsychology? This article has been prepared for those who want to know the meaning of parapsychology and has been translated in Turkish by Google Translate. Meaning can be wrong. We apologize for that.