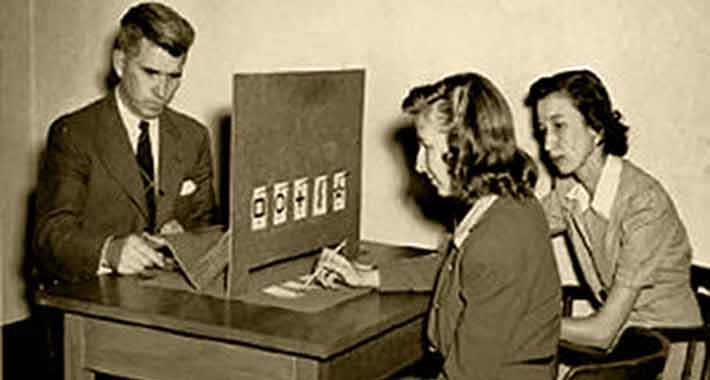 Human curiosity about the unknown has existed in every period from past to present. We have tried to learn the cause of everything that does not comply with normal living standards. The events that are hard to explain and which are not always present in our everyday life, the unknown unknowns and the questions that are waiting to be explained, have made some people a mysterious traveler behind the unknown.

Before the concept of parapsychology education, questions such as shaman, psychic, magician, cinci were tried to be solved individually.

Some have direct influence, while others have only been able to explain the events, but all explanations of the scientific nature of Parapsychology to the discussion of the scientific nature of the parapsychology cannot go beyond the cultural and religious doctrines. We do not claim that the concept of cultural and religious teachings is wrong and we use this statement because a scientific explanation applies to all religions and cultures.

Because scientific approach is based on experiment and observation, it tries to find answers to questions through reason. This is one of the reasons why parapsychology is still not accepted as a complete branch of science. Parapsychology has not been recognized as a true science, since in modern science, the mind is left alone and no reality other than the sense organs is accepted.

The Western World, which plays a leading role in the current world system, has attempted to solve all of the curiosity through the mind of the Renaissance, the Reform, the Enlightenment Age and the Industrial Revolution. While the explanations of most of the events experienced before this process were present in cultures and holy books, they began to have difficulty in explaining the human senses that were left alone with their minds.

Scientists who are interested in extrasensory events have tried to explain the events that are difficult to explain scientifically and have started to be included in the subject in the states because the results obtained are very interesting. Especially in the 1950s and 1970s, during the cold war, the idea of ​​solving the unknowns between the east and the west and using the results obtained in the interstate competition caused the golden age of Parapsikoloje. Despite the slow progress of the Western world with well-known scientific methods, the eastern bloc countries have made great strides through their experiments.

The Emergence of Parapsychology Schools

The biggest reason for this is the fact that many events are still being practiced with cultural and religious doctrines. Since the Western world has abandoned these two sources, we have no need for scientific means. However, as in the rest of the world, in our country under the different names of those interested in the field of certificate programs for a large number of special courses and programs have emerged.

Parapsychology Schools and Educational Institutions in the World

In addition to these schools, there are colleges and private education institutions under the name of Psychic Schools and Spiritual Schools in many countries including USA, UK and Australia.

Other Articles on Parapsychology Education

Bibliography: In some parts of the article, Wikipedia was used.

〉 Parapsychology training has been started to be given via online systems in parallel with the developments in the field of communication. Unfortunately, there is not an institution in our country that can provide an adequate level of education. However, there are many online education institutions in Europe and America, especially Lund and Edinburg University abroad. Those who would like to study parapsychology in the long term will not have any problems as long as they have English proficiency.

〉 Especially friends who take Psychology education will encounter many events that they cannot explain with the education they receive in the future. It is very important that the current Psychology terminology is not sufficient, but it is very important to be educated in the field of parapsychology. Since parapsychology is not defined as a branch of science at the moment, it is very difficult to find a job in this field or to continue as a profession. However, in order to increase their professional qualifications and opportunities, parapsychology education is of great importance. In this respect, the certificates and other documents to be received by the ones with English proficiency while continuing their education will provide great convenience in all areas.

〉 On January 5, 2017, I sent an e-mail to the universities listed above. A few came in. It may take a long time to be answered after Christmas. When all the answers come, I publish them in detail.

〉 Meanwhile, the head of Parapsychology of Koestler, who has been very quick to return to the relevant places, has to Ms. Isabelle from Lund University in Sweden and sincerely responds to almost every question. A sincere thanks to Parapsychologist Professor Caroline Watt.