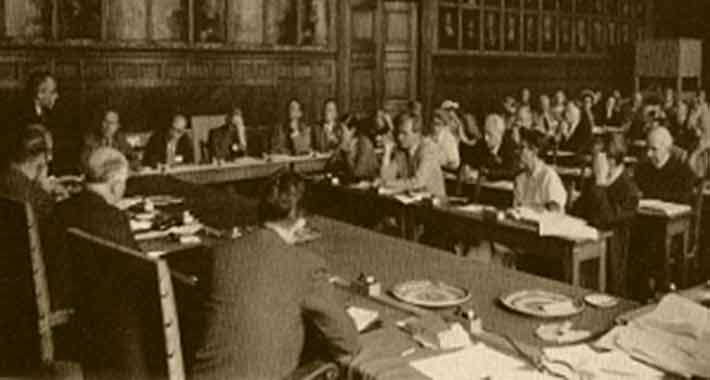 There are many scientists who have contributed to the development of Parapsychology with all its mysteries and wisdoms, although they are remembered with different branches of science. When you read the article you will encounter an interesting situation. In fact, most of the names fighting for the birth of parapsychology as science are psychologists, physicists, mathematicians, philosophers and names that have announced their names in medicine. Another interesting point is that most of the names that are rooted in parapsychology and influential at the point of institutionalization are English and the first activities are usually found in England.

Franz Anton Mesmer: German physician who lived in 1700 years. Mesmercilik, also known by its name, is known as parapsychologically based. He has developed methods of treatment with magnets and bodily energy through the methods named by spiritual healing methods. It was also found by Franz Anton Mesmer, an artificial ambiguity called “somnambulistic” phase in hypnosis. Mesmer, who has worked on sensory perceptions and sixth sense, has left gold values ​​for future generations of parapsychologists.

Henry Sidgwick: Founder of the Society of Psychic Researches (SPR) in London in 1882 and at the same time the first president of the association.

William Crookes: President of the British Psychological Research Association and renowned spiritualists (Spirituality). In 1874 he published a book entitled “Investigations on the Events of Spiritualism“.

Sigmund Freud: Freud, who also took lessons from Martin Charcot, did not improve on the psychoanalytic method. He also worked on parapsychology and explained it. There is a report entitled “Psychoanalysis and Telepathy” which does not publish while surviving for the reasons of the press. He was among the members of the SPR, the British Psychic Research Society, in Freud who devoted subconsciousness, hypnosis and psychoanalysis and the foundations of modern psychology.

Pierre Janet: Pierre Janet, who has been working on Clinical Psychology, has investigated the issues that Psychology can not explain together with Psychology. Janet’s works on the mental states of hysteria and hysterics include the works of Ruhi Miracles and Hypnotism. Like many famous psychologists, Janet is a member of SPR (British Psychic Research Society).

Arthur Balfour: Balfour is one of the leading figures in the British Psychic Research Association, with more political personality in the foreground. His work in the field of parapsychology was also supported during his presidency of the Scientific Development Board.

William James: Known as a professor of philosophy and psychology. He also served as president of the British Psychological Research Association.

Sir Oliver Lodge: A physics professor who finds that the sun is radiating waves. He was President of the British Psychological Research Association.

Sir William Barrett: The physicist headed by the British Psychic Research Association is a member of the PSF.

Charles Richet: Presidents of the British Psychic Research Society. In addition to the French physiology scholar, there are also titles like psychologist, patalogue, bacteriologist.

Henri Bergson: President of the British Psychic Research Association. He is a French philosopher and philosophy professor.

III. Lord Rayleigh: They are the heads of the British Psychic Research Society. English physicist, mathematician, professor of experimental physics and natural philosopher.

Parapsychology scientists – Other names of the British Psychological Research Association are:

After these works and their studies, the American Psychological Research Association (ASPR) was established in the United States in 1885 and the International Metapsic Institute was founded by the French in 1919. Other states followed these studies and carried out studies with their associations in their own organizations. When members of the association are looked at, it is seen that there are names that have signed important studies in other branches of science with being mainly psychology. Scientists belonging to every discipline have struggled to solve issues that science has difficulty explaining.

Charles Richet: One of the scientists who first applied statistical methods to psychic experiments. He was president of the Institute.
Jean Meyer: Meyer, a wealthy industrialist and merchant, is the founder of the Institute. He spent a lot of money to set up a metapsic lab.
Gustave Geley: The French physician, who is the president of the institute, has made important studies in the field of parapsychology by conducting experiments with the Polish mediator Stephan Ossoviecki.

Major studies in the field of parapsychology have been made in Stanford University, which was established in 1911 in USA. Important names are:

# Psychologist William McDougall
# Karl Zener: We have created Zener Cards for use in experiments in the laboratory environment.
# Joseph B. Rhine
# Louisa E. Rhine

These names have made experiments on volunteer subjects within the university, and they have also made the dissemination of the term “parapsychology” used by the German psychologist Max Desseoir earlier with the publication “The New Limits of the Mind”.

Parapsychology, which lost its appeal until 1950, has been re-popularized by three psychics and psychics. These three names attracted great interest in experiments conducted at Laboratories of Parapsychology and Duke University in North Carolina in 1957.

Semyon Davidovich Kirlian The Soviet Russia had developed a Kirlian machine with his wife, saying that he had photographed the photographer of the 1930’s. In 1973, Kirlian Research National Institute was established in USA. However, it has been possible with the studies of Thelma Moss that the scientific studies about Kirlian are at the forefront.

In addition to scientists who are known for their names in scientific institutions and associations, there are a large number of media (Eva Carrière), Telekinezist (Nina Kulagina), Telepat (Wolf Messing) and other talented names. Our articles on these names will continue under different headings.