Lower Branches of Parapsychology and Areas of Interest 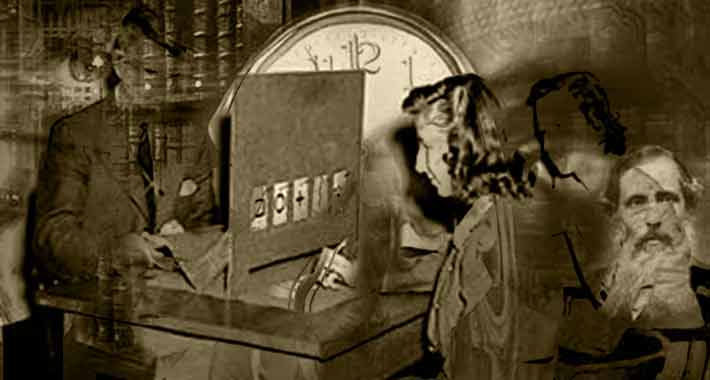 Lower Branches of Parapsychology and Areas of Interest

Parapsychology, which investigates the paranormal phenomena that 5 sensory organs cannot perceive, is not accepted as a complete branch of science, and it is not possible to make clear and distinct subspecies. However, there are certain subgroups that parapskologists have called for their work.

Telepathy: No communication means or sensory organs without using only the connection between the mind is formed by the communication takes place. This communication may be bilateral or unilateral. Studies in this area have revealed that telepathic communication exists between animals. In telepathy, intuition and emotions are at the forefront and the language of symbols or symbols is dominant. He founded the Pararapsychological Institute with Ted Serios Uri Geller.

Clairvoyance: It involves the spiritual perception and vision of any situation, event or moment without sensory organs. Since there is no time and space constraint for the soul, people who are open to this feature in particular can see events that may occur before the day, and they can see and perceive the objects found elsewhere in the world. Ingo Swann, who has contributed to the establishment of the Parapsychological Institute together with Uri Geller and Ted Serios, is very important in this field.

Premonition (Premonition): It involves the perception of events at the level of feelings. It tries to figure out how this intuition develops and how it works.

Parapsychology Sub-branches and interests can be sorted as follows

Astral Travel: The journey of the person without the body of matter is the subject of travel. Astral body, energy body, double, prisoner body of the body of the physical body body without the body without space and time travel without restrictions. This situation can be done voluntarily with certain studies such as sleep, severe illnesses, fainting, narcosis or similar situations.

Telekinesis (Psychokinesis): The effect of the effect on the substance without any other contact with the power of thought. It examines and tries to explain how this effect occurs. In this area, Uri Geller, who became known with his experiments with Nina Kulagina and the Parapsychological Institution they founded in 1957, became two important names.

What is Ekminezi: The subject of hypnosis during the psychological breaks of the subject after contact with different bodies believed to live in the past. In other words, the phenomenon called Reincarnation tries to explain the different moods of the person.

What is Levitation: It is the subject of movement of the human or any animal to move independently of gravity. He tries to explain how this happened. Daniel Dunglas’s work in this area is especially important.

What is precondition and telemnesis?

What is precondition: It is about the perception of an event before it occurs. It focuses on the fact that the events will be perceived in the dream or when the consciousness is clear and that they are right.

What is an Uncategorized: It is about the places where interesting and unexplained events take place. In these places, it is tried to explain how the items play spontaneously, and the voices heard are examined.

What is Clearance: Although its source is not known exactly, it is the subject of the speeches made anywhere in the world, the hearing of an event that has not yet been realized and the perception of the sounds beyond the dimension.

What is telemnesis: It examines the collection of telepathic information about the patient with spiritual healing techniques. We can call it psychic diagnosis or telepathic diagnosis.

What is radiation: It is about the perception of human vibrations and radiations of living and non-living beings. Because it is not supported by scientific data, it is called söz pseudoscience Bilimsel. It is more commonly known as the search for water with forks in their hands, but the area is much wider. It is claimed that information is obtained by entering the same frequency as the vibration (Resonance) of all existence.

Other areas of parapsychology

What is ESP in a dream: Preconception is the realization of sensory perception in a dream. Especially in those with the ability to be seen frequently. Invisible events with our sense organs are seen, heard and felt in the dream.
Under Hypnosis and Hypnosis What is ESP: Under hypnosis, especially in the somnambulistic phase, people who are prone to deep trance in the hypnotic state have an opening in their non-sensory perception. In this phase, sensory perceptions are called esp under hypnosis. People with this tendency are also called somnambulistic individuals.

What is ESP in animals: Animals perceive nature and non-natural events before us or perceive what we cannot perceive. Their reactions to transboundary beings, their perception of earthquakes, their reactions to people who will harm.

What is Parapsychology in Plants: Some reactions that we cannot perceive are examined by plants. Some plants react in different ways when exposed to intense intestinal effects. These reactions are investigated. Negative energies in the environment where the negative growth of the plants, where people are constantly saddened in their responses, people who are interested in themselves for a long time they died or when they are not for a long time to respond.