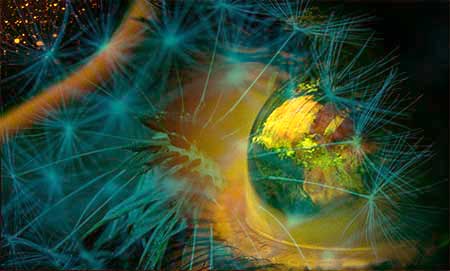 What is the psychic scope? The word “psychic” is used as a reflection of abilities in all subjects related to parapsychology. For the person who is personalized in the sense of “the person who can use his Spiritual Capabilities”; The psychic term can also be used. The concept of “psychic” comes into play when the soul reaches the substance world. This is the reason why the concept of dır Offensive Powers ın is used very often. The effects described outside our sense organs are defined as “Psychic Power” or “Spiritual Power beyond the Body“.

The word Psychic is also known as “Mysterious, undefinable, unknown” because the subjects mentioned with the word psychic are outside the limits of science. In order for a science to be accepted and accepted as a phenomenon, it must be able to be replicated, observed and tested to the same extent.

It is not possible to define materially because it is kon psychic ifade as emli related to spirit and soul olarak.

In some definitions, the word Psychic is defined as the sixth feeling or only the fictitious density, but this is a very narrow and inadequate definition. Psychic is a concept that can be used for all activities out of the sense organs.

Although it is included in bodily energies in concepts such as telekinesis, it is not an element that can sustain its vitality and energy productivity on the body matter plan. While only the substance can be affected by the substance element, the effect is possible without a material contact in the psychic elements. The production and transmission of neurological energy, both triggering and implementation, are also included in the spiritual structure. The body is used only for transmission and guidance.

What is Psychic Power? What are Psychic Cases?

The phenomena that we can refer to as “Psychic Power” are what we perceive in our material plan. What makes these phenomena different is that they can be made without a force with our bodies. Some of them are perceived in the plan of material like Telekinesis, while some of them are completely non-perceptible phenomena in the soul world such as Premonition.

The phrase durum psychic power iş is used in cases where the psychic effect is perceived in the material plan as perceptible and conscious. This perception can be realized internally in the person’s person as well as in the outside world.

“Psychic” is more subjective and personal; “Psychic Power” can be used for situations where an effect has occurred, has been concluded, and others may be involved. As with the condition of a person affected by telepathy.

The Psychic Guide is the people who help people who have psychic characteristics and who are conscious in their quest to respond to these calls after they function as a telepathic call. These helpers may be at the level of matter or may be from an infra-red dimension. The psychic guide that leads to the psychic guideline may have come into contact with psychic guidance. Both sides may not be aware of this situation.

I’ve added the expression as it is, since it is a frequently asked question, although it is incorrect. The powers we call the psychic powers are all of us; only the reflection rates are different. The reason for these differences is due to all the effects we have received from the moment we were born, even from the prenatal process. You can add almost anything to these effects. We can see this as planting different seeds of the same kind of flower seeds. As the amount of food and light they receive will be different, the result will be different. The inclination angles of the sunlight, the amount of water, the content of the water and the soil, and the sunbathing times are the factors.

After the intervention, the flowers may dry out and become stronger. Just like this, it can be shaped and developed by the effects it receives in man. But nothing is unlimited. There may be development within the person’s boundaries. But change and development are absolute. Can we claim that only one word cannot change the aspect of the soul facing the matter while telling you the word and the tone of voice can change the soul structure of the person at a time?

Our subject areas of interest, congenital and genetic factors shaped by our features, can be evaluated in the extent of our tastes and abilities. Some psychic abilities develop in a short time, while others may develop in a long time. Development may vary from person to person. They all relate to one’s characteristics.

PREVIOUS POST
Recordable Spiritual Awareness
NEXT POST
What is Psychic Attack, How is it Done? How Does It Affect?
Tweetle
TAGS: Psychic, psychic power, what is psychic
MAKE A COMMENT