Home » Psychic » What is Psychic Attack, How is it Done? How Does It Affect?
Elif Sude
Psychic 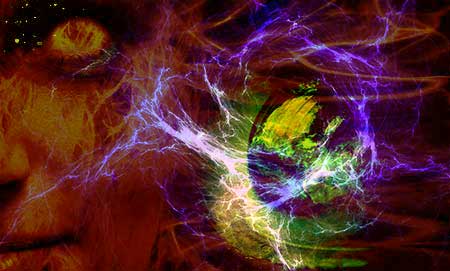 Previously, I explained the concept of “Psychic” in “What is Psychic“. If we take the psychic word as a reflection of the energies related to the soul, the Psychic Attack can be described as “directing the spiritual energies to a point, destructively, consciously or unconsciously.” In particular, I have used the term “destructive” because the term “attack” includes a negative element. There is an energy based on destroying and disrupting the opposite structure (living – inanimate).

The offensive expression is used to express the actions of an organism at the substance level in order to intimidate the opposite party, to force it to withdraw, to obtain or eliminate a result in the desired direction. Psychic Attack is the action taken to obtain the desired results beyond the item level.

Emotional intensities are at the root of psychic attacks. Being able to get what you want at the level of substance, excessive greed, anger, hatred, jealousy and so on. arise for such reasons. The resulting energy (intensity) is reflected in the level of matter by neurotic bonds and is directed to the spiritual structure of the opposite party. The goal is to disrupt the spiritual structure. The intensity of emotions that cause this mechanism to work. When the density is fed by negative emotions and fed by destructive, positive emotions, a constructive energy is created. Jealously energized when he sees his friend in the non-friend, the energy is negative.

Process and Effects of Psychic Attack

When the energy is directed to the opposite side, it affects the aura that we can express as the magnetic shield of the other party.

〉 If the aura is healthy and equal to the source of energy, negative energy weakens or very few reach spiritual structure. In this case, the effect varies according to the individual ◊ mild weakness, yawn, energy lowness and so on. It shows itself in the form of.

〉 If the aura is stronger and weaker than the source of the incoming energy, the incoming negative energy becomes ineffective by dispersing it on the surface of the aura. In some cases, the energy returns to its owner in the direction in which it comes and it acts in different proportions. In repeated cases, the aura definitely weakens and somehow the effect occurs. In this process, the result is how long the attack took. If the Aura is constantly kept alive and renewed, the energy is lost due to the power of the source. This loss, learned consciously and unconsciously, giving up, means giving up.

〉 The dangerous one is when the aura is weak. If the Aura is weak according to the incoming energy, it may cause deep destruction in the spiritual floors by passing the aura if the incoming energy is weak. Factors such as insomnia, fatigue, depression, low moments of mental energy, and illnesses weaken the aura. With the effect of negative energy, in Unconsciousness, failure, sickness, deep problems, hopelessness, unwillingness, speech difficulties, thinking cannot recover. situations may occur.

The expression of psychic attack is generally used as a live-to-life form among people. However, the effect of energy on a structure in terms of meaning. In this case, whether the source of the energy or the source of the human being does not change the meaning and the result. The scope is the structures that affect and affect the energy dimension. The effects of Eye contact, Magic and Substance may also be included.

〉 Breakage or breakdown of an article without any physical cause,
〉 Discomforts not found,
〉 Sudden adverse changes in plants and animals,
〉 internal fears, perturbations and inner voices,
〉 Energy drops of unknown cause,

The negative energies created by psychic attacks disrupt the normal life because it disrupts the spiritual structure. The worst part is that since there is no reason to be found, all solutions are inconclusive.

The external energy shield called the Aura is not the same power in every human being. Some studies to strengthen the aura against external attacks can be increased efficiency. In the next articles, “Psychic Attack Types” and “Ways of Protection from Psychic Attacks” will continue.