Psychic Forces. The source of psychic powers and emerging problems. 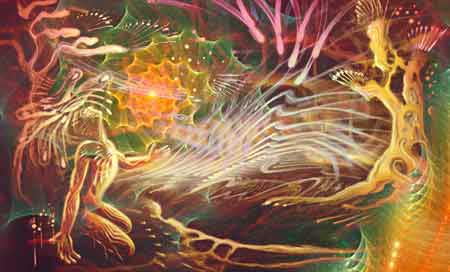 Psychic Forces. The source of psychic powers and emerging problems.

How much of our lives are under our control? Do you get all the spiritual powers you want? Can you make Astral travel whenever you want, can affect people with telepathy, move all the objects with telekinesis? Can you see all the events that have happened and will happen at any time? Can you improve your spiritual aspects the way you want and control all of them?

Most of these and similar questions are answered with çok no ler and unfortunately, only a few of the resulting spiritual forces can be acquired and controlled. Until now, we can evaluate the results of the comments in the messages sent by mail or under the topics below,

〉 The psychic powers are largely born after birth or mental distress.
〉 Few have been able to gain some spiritual powers by improving themselves, and most of them do not know what to do because they cannot control the capabilities they acquired at some point. The rest of them are in the class that does not know.
〉 The ability of many people to gain the ability to cope with, such as clairvoyance, telepathy, telekinesis, preconception and premonition; definitions that make life difficult for many people and make them unbearable …

Worse yet, the doors that are open to the psychic forces can be considered as a control mechanism by other people and entities. If we compare the lives of those who live normally in a vehicle that does not have a door, we can be compared to those who have innate spiritual abilities by means of a vehicle that can be opened. However, since those who are in this category do not know how to control the doors themselves, when the doors are opened with external intervention, the vehicle can exit their controls. Both an abnormal life and an uncontrolled journey reveal enough reasons to disrupt the balance of life.

The ability to obtain information, the knowledge acquired and the application of different techniques and teachings, and the existing or non-existent abilities are used in the material world sensibly. For many, it takes too long to be persisted. Most beginners leave before they reach the halfway. An important part of the survivors see that they have no significant contribution to their lives. A significant part of the rest of the rest, however, continue to move forward with determination to improve their spiritual abilities.

However, as in the example I gave in the top title, most of the forces have to leave each other for reasons such as not being able to trigger or control each other. Almost 80% of those who begin the slice of their lives begin to know that they can never be the same again. They can never keep their lives on the old line again. Both the areas of interest and the experiences that they have acquired cause them to move between the two dimensions because they carry spiritual traces in the trans-substance line.

The later acquired abilities between the two are always more efficient and valuable. Because the psychic powers,

〉 Comes with knowledge, experience and knowledge. It is learned by observing and experiencing a long process.

〉 It is possible to develop, to obtain more or to see enough.

The innate psychic powers can also be developed, but only additions can be made to the existing one. It is not possible to have an idea of ​​how it occurred before. This is the difference between being a fish and learning to swim in the water. The innate psychic powers have a ready-made electrical installation, and the lamps connected to the plus pole with the minus are inadvertently blinking.

Afterward, the acquired spiritual forces are also learned and used at the end of a process where the installation of the installation, which material to use, where the key will be opened, and how the circuit will be opened. Those who have innate psychic powers – talents can only learn this process by developing a different ability and developing themselves, but even in this case they will use most lines ready.