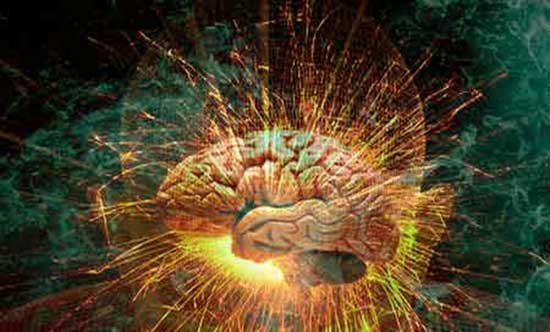 When I first met hypnosis, I would be surprised how people do not benefit from such a great power. I was so impressed after hypnotizing everyone I fooled around. I called someone to hypnotize me so I could live my life. I don’t remember how many Psychologist and Psychiatrist I’ve seen that signboard to hypnotize me. They were my biggest frustrations. I still remember what one said.

Of course it was not the life of the doctor who told this saying was just Psychiatry. So I was treating people with psychological problems and I was going to the wrong addresses. In those years (1994) hypnotherapists were not so common and could not find what I was looking for. In time, I learned that auto hypnosis, a human being can self-hypnosis, and as I discover the power of meditation and suggestion, man can accomplish many things without the need for others.

The suggestion is similar to hypnosis, but a different field is as effective as hypnosis when it spreads over time to affect the subconscious. In hypnosis you give suggestions to the subject in artificial sleep. In suggestion, subliminal messages and suggestions can be given during everyday life with different methods. While walking, sleeping, eating, watching TV etc.

Areas of use are quite extensive. Because when we are in a dead end, when we have problems, we want to feel better when we want to feel unconsciously a natural mechanism of action.

we use most of them naturally in our lives. When we refrain from talking to a girl or guy we’ve met for the first time, to defeat our enthusiast before speaking to the crowd. When we have difficulty taking the first steps. To get rid of the behavior we don’t like. To be successful etc.

Our Limits and Suggestions

When someone makes an offer to you, the first time you need to take a step when you say “I can not do“, “Courage can not” how accurate you know the words. Have you tried it before? Actually, what you mean is, “I don’t know what I’m going to react to after I fail.” The main risk in this attitude is to avoid what we will learn through trial and error. To teach yourself that you cannot do something unconsciously. The more you repeat what you can’t do, the stronger your belief that you cannot do it. What is interesting is that at the end you turn to yourself and say, “Why can’t I?” The reason is very simple. You said to your brain, “I can’t.” Your subconscious is programmed accordingly.

If you tell yourself that you can not succeed in the lessons do not say “Why I can not succeed“. Because you want it yourself. Or, if you’re convinced that you’re not feeling well when you’re sick, you really do. It is inevitable that you will fail if you accept “bullshit” for Telekinesis, Astral travel or Telepathy without trying or trying.

Each sentence has a equivalent

There is always a game between friends. “Let’s have some fun, let’s tell him that we all look so bad today.” “Oh, today you look very pale and bad, What are you sick of, Are you sick of your eyes, You’re too sluggish” Maybe at that moment your friend may seem unconcerned, but later on he may start feeling really bad. Let’s consider the opposite of it “You look so different and beautiful this day, How beautiful you smile, Today I saw you very well, You are wonderful, How full of energy you are” If the words are repeated by more than one person, depending on the positive or negative impact power will show intensely.

The reason for this is the Brain’s attempt to adapt to reality and adapt to real life. “It must be, as it seems, and as it is said.” This is in fact a necessary mechanism for finding ourselves among life and dreams. Otherwise we would all become completely individual ego monsters.

Hypnosis suggestion is more effective. The data sources of all perceptions are changed in order to make the given suggestions real. In a test, the subject will see a very large pool in front of him before opening his eyes and the details are instilled. And the subject associates with the pools he has seen before, creating a pool portrait in his mind. When he opens his eyes he really sees a pool. Even if you tell the pool to jump it jumps without hesitation. When he falls to the ground, the subconscious makes a logical statement to him. He saw the pool, which he saw as being filled with water, suddenly empty. He says, “He’s finished.”

The reason for this situation is the failure of the auto control systems outside the vital points under hypnosis and becoming open to suggestions. He sees everything he wants him to see, hears everything he wants him to hear, he feels everything that he wants to feel and he does so based on what he has learned until then. They say that they do not know what they are having difficulty seeing, or they choose the most possible portraits in the imagination. As a result, it acts in accordance with suggestions because it has to adapt the subconscious world to a new world closest to the perception of reality with the suggestions it receives. However, this will not happen at the same level for everyone.

Suggestions given by the person under hypnosis is not as effective as the suggestion of someone else. Because he talks to himself. He is the one who should mislead. He has no chance of perceiving what he is saying or perceiving. When the deep trans-state becomes a dilemma, the “thinking and following the thought” is experienced. This is similar to what is experienced in suggestive or auto hypnosis studies. In the end, the answer is “Who are you trying to deceive?” Therefore, the suggestions must be reasonable and reasonable.

If you want to prepare and use the suggestion about Astral travel, you should first do a thorough research on this subject and obtain logical results and prove yourself really feasible. “As you can see, it can be done for the following and for the following reasons, now we need to follow these steps in order to do this.” Without any substructure, “Astral travel, you’re ready, you can go at any time” style hypnosis under the hypnosis of the hypnotizer shows the effect of the suggestion and only the illusions of the unconscious mind in the dream can experience. The effectiveness of suggestions is directly proportional to how much we accept and believe what we say. The effect of self-suggestion is manifested in a longer period of time, but a more reasonable and rational development process than hypnotic illusions.

In order to increase the effectiveness of self-referrals, messages are given in a secret way for reasons that I mentioned above. Because everything that is known and perceived is evaluated by evaluating. Undercover suggestions under a music cannot be perceived and evaluated by consciousness as it is below the threshold of hearing. However, these sounds continue to be perceived and recorded just like the sounds we hear during sleep. As it is learned, it affects both our mood and our behavior.

What is Suggested? How does it affect?