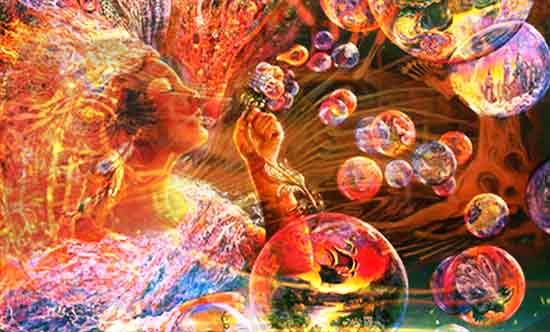 Speech of the Unknown Language and Spiritual Communication

What is Xenoglosi? The term xenoglossy (Xenoglossy) was first described by Nobel laureate Physiologist Charles Richet in 1913. The word is derived from the Greek words xenos (foreign) and glossa (language). Xenoglosi, as a term, means the simultaneous speaking and writing of a previously unknown language.

The word is derived to describe cases of speech and writing in an unfamiliar language that has not been defined before.

Xenoglosi Events, In Which Situations Occur?

Thoughts are transmitted to the size of the substance through the movements of the mouth and tongue. In fact, speech or communication is not material, but telepathic. Since the perception of sounds transmitted in different languages ​​to the dimension of matter with the hearing organ is cerebral and descriptive, we can only make sense of sounds when we have a response.

Since communication takes place in the form of a defined word and the vocalization of this definition, the definitions of each society have their own differences and other societies cannot perceive the definitions that are voiced due to these differences.

Psychics and perceptions of people with high mental sensitivity include psychological characteristics beyond sound definitions. Since spiritual communication has an energetic character, it can also be transferred to the matter dimension with the material definitions of the source.

We can exemplify this communication as follows. 100 years ago, learning could only be achieved through reading and speaking. Nowadays, in order to teach how a painting is made, it is sufficient for a painter to record the picture he has drawn without any speech and to publish it as a video. Thousands of people watching this video at the same time can only learn by watching the images. It is enough to see what is done while watching the video, no one needs to talk. We would not have been able to define this event 100 years ago.

When we look at a person’s face in a different example, we can get an idea of ​​that human’s mental state. It is not necessary for that person to tell us how he feels, so that we can make him sad, happy or tired.

In the xenoglosi experience, the ability to import and transfer a definition in different languages ​​can be called telepathic communication, but how can these definitions be exported with similar sounds? Every thought and description is an energetic message. When a definition is formed with thought, which muscles will be activated through the nervous system is also included in the thought and definition formed with the message to be transmitted.

You can learn how this system works by testing yourself while reading this article. Does the writing turn into sound as soon as you see them? Is your reading style spiritual or physical? If you do not perform a spiritual or mental reading, you are speaking the words you see. Your mouth and tongue muscles move involuntarily from time to time.

This activity is a whole and all information is disseminated in case of energy. Along with a definition, there is information on which muscles should be moved to make that definition sound. Those with xenoglosi have the ability to perceive these energies. In short, we can say the translation of telepathic communication into speech language.

The xenoglosi feature does not occur only by perceiving the spread information. Transnational entities can use this mechanism to communicate in different languages ​​through the people they contact. This is the main reason why psychics who are more prone to psychosocial communication are referred to with xenoglossy.

In some cases, psychics are merely mediators of communication. Definitions when there are no telepathic messages in the language used; they are transmitted to their interlocutors who speak the language, such as notes, but as vocal words that form clusters when put together. In this case, the medium may not have any information about the mediation of the conversation.

If the language spoken by the psychic is a language known only to transnational beings, this phenomenon is defined as polyglot psychicity. When the spoken language is undefined and cannot be solved by anyone, the event is called glosolali. Such languages ​​are also known as dead languages ​​used by ancient civilizations.

PREVIOUS POST
What we can do to remember our dreams
NEXT POST
What is Apparition? How are Gin, Ghost, Angels and Other Beings Seen?
Tweetle
TAGS: Charles Richet, glosolali, mental sensitivity, polyglot psychicity, spiritual communication, spiritual or mental reading
MAKE A COMMENT