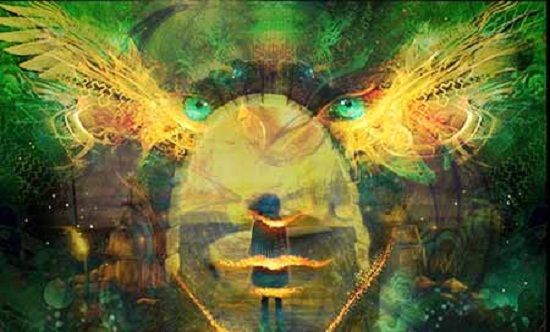 Can someone touch us during astral travel? Is it possible to physically feel what someone is thinking or imagining with an astral travel or similar technique? Can we feel someone else touch between sleep and wakefulness?

In the later stages of astral travel, you can go to someone else and make that person feel you are there. This is possible with telepathic and spiritual influences. Examples of this include feeling that someone is with us, feeling someone touching us, feeling someone watching us.

Physical contact during astral travel is not normally possible. However, the perception of reality can cause a physical contact perception at the level of sensation. This mechanism is mostly encountered in studies under hypnosis. Touching someone under hypnosis with matchstick
– I put a needle in your hand
if you say, under hypnosis, this is perceived as really needle-dipped, and all metabolism is actually triggered by what happens when a needle is inserted. With the matchstick, the touched area turns red and may even bleed. This is an illusion for us, but it is the truth for the person under hypnosis.

These and similar mechanisms are used by someone else or other beings during astral travel. Especially

Such conditions can often be observed during the period.

Can Someone Be Affected During Astral Travel?

In rare cases, interventions are possible, including what I have described above, by people who are prone to congenital astral travel and are capable of activating certain mechanisms on human beings. Astral Travel Types – Real Astral Travel link can be done by those who can reach the last stage of astral travel.

It’s like being very happy for no reason at once, turning into a moody mood, having a complex mood and remembering events and names that we haven’t remembered for years. These happen all of a sudden, but there is no reason for the emergence of these moods. (Exemplary mechanism is for all these changes are not caused by external interventions)

In addition, those who cannot make these and similar effects in real life, at least people who do not have telepathic and hypnotic effects, cannot produce these effects during astral travel because they do not know how to activate these mechanisms.

As I explained in the Strengthening Telepathic Messages and Advanced Techniques link, the most effective stage of telepathy is alpha, theta and post wavelengths. The phases between sleep and wakefulness are the most suitable phases for both the transmitter and the receiver. Because there is a low level of material ties that restrict spiritual communication.

The telepathic effects that someone else will make, including the effects we call, are transmitted at the whisper frequency as described in the Whisper Depth and Telepathic Whispers and Telepathic Development links in Telepathy, which is very difficult for human will to perceive and resist. However, those who have previously been involved in similar studies or are familiar with such attacks may detect and disable these effects.

Is it possible to fall in love with Astral travel with telepathic effects? If the astral traveler has an intense telepathic effect, it may activate some mechanisms to exploit the weaknesses of the opposite side. Since feelings can be used more effectively than sensory perceptions at the astral level, the passive side can be affected by taking advantage of this weakness of a person who needs love.

Of course, this is not morally correct. It is not right for people to be affected by their weaknesses and against their will. I wanted to point out what could be done because of a question and especially for those who didn’t understand what it meant and why they went into complicated feelings they had never experienced before.

What can we do in such cases?

Nothing .. Don’t take into consideration just try to understand what happened and do not panic. Fear and panic will upset any defense system that surrounds you. Fear is the most dangerous mechanism that can be used to weaken people. If you get caught in that vortex once, it will be very difficult to get out of there.

What is nightmare? How does it occur? link describes how the fear mechanism works and what to do in this case. At the level of matter, the greatest resistance that can be made for those whose mental powers are not clear is passive resistance. Just grasp the functioning of the mechanisms and try to understand what is happening.