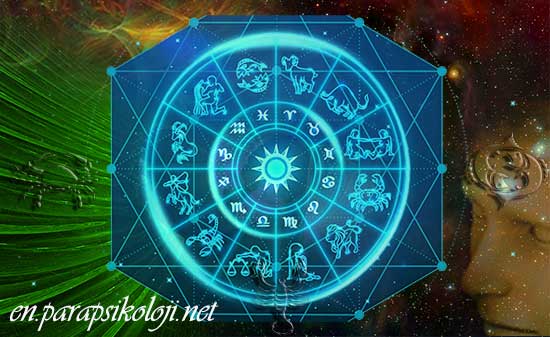 What are the positions on the birth map that give the Precognition ability? Before an event, people with Foresight ability to foresee what is going to happen, from which positions do they influence?

Precognition is largely under the influence of Neptune and Jupiter planets and Pisces. These locations are accompanied by the Scorpio, Moon, Chiron, Pluto and Saturn.

People who are known as prophets are people who have great influence on their position. Everyone who has predictive ability on the birth chart does not have great predictions. The effects on birth maps may not be sufficient.

Month 3. Predictive Location Ability At Home: This position is both a forehead and foresight. Telepathic abilities may also come to the fore due to their effects.

Chiron 12. At Home: It is a position that brings congenital psychic ability. They will be able to see the events in their dreams.

Neptune 1. At home: Neptune can present visual feasts to the hallucination. It may affect reality. Those who are at home in Neptune can also have the ability to Precognition with their imagination abilities.

Neptune In the 9th House: It is an extremely powerful position that can also give psychic properties. Neptune in the 9th house can also be seen in the future events can be seen.

Neptune in the 12th House: It is one of the locations that bring the psychic feature. They can see the future events in their dreams. They have strong intuitions.

Pluto 8. House: Deep, with the ability of psychic analysis, is a position that gives the ability to Precognition.

Jupiter in Scorpio: There are strong predictive abilities in the Jupiter scorpio. High impacts can cause problems.

Jupiter in Pisces: This location, telepathy and imagination with the ability to see the future events.

11. Pisces in the House: It is a position that gives the ability of Precognition with its hunch ability.

PREVIOUS POST
Premonition Strong Intuition Ability Locations on Birth Chart
NEXT POST
What is Psychometry? How does it occur? How is Psychometry done?
Tweetle
TAGS: 11. Pisces in the House, Chiron 12. At Home, Foresight Ability, Foresight Capability, Jupiter in Pisces, Jupiter in Scorpio, Neptune 1. At home, Neptune in the 12th House, Neptune In the 9th House, Pluto 8. House, Precognition ability, Precognition Capability, psychic analysis, Saturn 12. At Home
MAKE A COMMENT