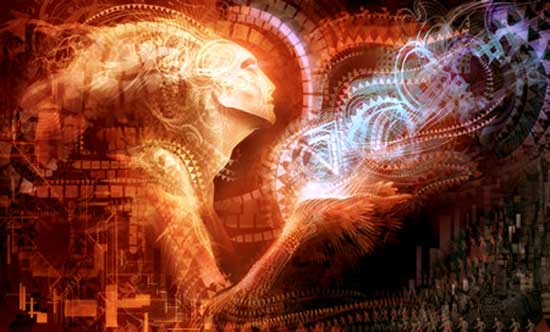 What is Psychometry? Psychometry, the original name of psychometry, is a Greek word. Psyche is derived from the words, Metron, which means, by word measurement. Psychometry is one of the sub-branches of Parapsychology, which allows you to have historical knowledge about people and / or persons who have touched that object in the past by touching an object. The term psychometry was first used in 1840 by Joseph R. Buchanan, Professor of Physiology.

Professor Buchanan was the first scientist to use the term Psychometry in the historical process and to experiment on Psychometry. In this experiment with his students, he put various drugs in glass bottles and asked his students to describe these drugs only by touching them. Yes, the experiment was successful passing the festival and published the results in his book, Journal of Man.

Inspired by Buchanan’s work, Geology Professor William F. Denton experimented with his sister in 1854 and succeeded.

Gustav Pagenstecher, a German physician and psychic researcher, discovered Maria Reyes de Zierold’s Psychometry skills, and through Maria he studied Psychometry. Maria had the ability to get herself into a trance, learn about the past and present state of the object she had touched while in a trance, and describe them by accessing images, sounds and smells through energies that left marks on the object. (1919-1922)

In 2007, the historian Chris Laursen applied Psychometry on 8 objects to test whether or not he could have the right impression of the objects he had never met before….

What is Psychometry? How does psychometry happen?

What is Psychometry? We can define the question as “briefly about the objects touched, information about the people who touched it“. With our spiritual structure, we penetrate and leave marks on everything we touch. These marks are the spiritual fingerprints of the feeling and moment bar that are left by all living things. People with psychic abilities can read these traces and reach the information they need.

We can compare the functioning of psychometry with the fingerprint of the perpetrator. Each person has unique, prints. Psychometry also uses spiritual fingerprints as abstract evidence, so to speak, as far as the concrete evidence is completely specific to the person.

It is possible with psychometry to have knowledge about all living things or even human who has left his own energy on everything he touches. The mind can be completely emptied and the mind of the object touched (the object can be revised if any, if any, known about the object can be animated) with the energy of the subject to be asked to be the subject of the subject in the same frequency range with the energy of the vibrational contact can be accessed and the necessary information can be accessed.

How is Psychometry done? Technical Application

⇒ Cover the outside by taking 4 pieces of jars (can be in any closable container). (You can wrap the paper.)

⇒ Close them with different objects.

⇒ Close your eyes and visualize one of the objects you add to the jars.

⇒ Move your hand over the jars when you are in deep trance (at any later stage). In your mind, take the jar you feel the most intense about the object you animate.

⇒ Visualize a different object that you add to the jars. This time, touch the jars and leave the jar on the other side of your mind.

⇒ Open your eyes to see the result. If you do similar work for the first time, use this technique only once a day. Make a note of the results you took over a week. To reduce your stake “one day, first move your hand over the jar, the other day, touch the jars first. Change this order every day.”

⇒ Did you get a better result when you touched your hand? Based on the result, continue your work with that direction.

⇒ To improve yourself in psychometry, first, how to transa? In order to improve the level of communication with the level of matter, you must be able to apply the techniques of Imagination successfully.

You can also use your psychometry to find your lost items. What can be done to find the lost item? apply the techniques described in this section.

Points to be considered,

⇒ Psychometry studies should not be done continuously as it will increase mental sensitivity.

⇒ The energy of every item you touch, the human being and the environment you enter should be controlled in a short period of time so as not to disturb you.

⇒ Using imagination methods to establish a connection during the control phase will ensure that psychometric features are only linked to the image of the imagination. In addition, the fact that this feature is not used can make uncontrolled effects largely ineffective!

PREVIOUS POST
Precognition Ability on The Birth Map
NEXT POST
The reason for feeling the presence of someone else in the bathroom?
Tweetle
TAGS: Gustav Pagenstecher, Psyche, Psychometry, William F. Denton
MAKE A COMMENT