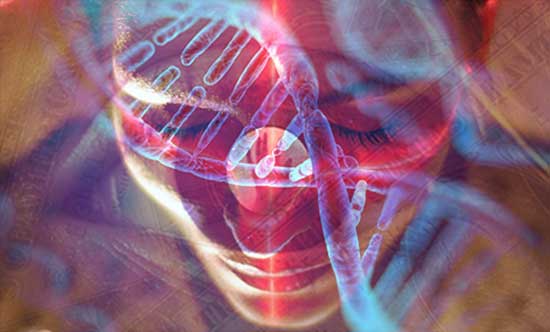 Psychotronic Science: It is based on the scientific foundations of the paranormal phenomena resulting from the synthesis of mind, body, environment, matter, energy and consciousness and adaptation to technology.

According to psychotronic science, which takes a materialistic attitude on this subject, human beings are like a machine that produces energy only and can perform different studies with the energy it produces. In parapsychology, one can read and control the mind itself, while psychotronic analysis of this interaction of people is comprehensively analyzed, and mind reading and mind control are realized through a machine.

However, the basis of the technological tools produced or planned to be produced is the spiritual abilities of the human being. Telepathy in combat technologies, such as communication tools for telepathic communication between soldiers using …

“If you want to understand the mystery of the universe, think with the laws of energy, frequency and vibration,” says Nikola Tesla. They will have identified their mission as a mission that psychotronic scientists have missed something; Spirit. Telepathy is not realized with electromagnetic waves, but with the soul. Proven by Vassilyev. The power of the soul is transferred to the material world through the pineal gland in our brains and a connection is made with the targeted person.

Or, this effect can be realized in the spirit-specific realm before the material realm and communicates. From this point of view, psychotronic science, like other sciences, will not be able to fully investigate the effect of the soul, but it will be very difficult to perform telepathy only by going through the waves.

The Pineal Gland serves as a bridge between soul and body. Some features not found in the physical body but also in the soul can be transferred to the material world through the pineal gland. We can exemplify this as coming from the UK to the USA. But psychotronic science says we can do this telepathy using waves that affect the brain. They aim to go from the United States to England in the exact opposite of the previous example.

If the analysis is done correctly, it is very difficult to go to the UK from the USA, that is to say, to influence the soul with electromagnetic waves. The reason they think in this way is to reach their goals with the help of technology without waiting for people to progress slowly by experiencing as in parapsychology studies.

Nothing can replace a person’s experience. Yes, the parapsychology studies should be explained scientifically. However, disabling the spiritual aspects of the human being and taking all the spiritual abilities into a single dimension will only make a human being a mechanical entity.

Charles Xavier, also known as Professor X, is a mutant with telepathy. He has developed his telepathy by working himself, and he has used a device called “Cerebro” for a large number of people or for people who are very difficult to enter. Cerebro has increased its telepathy ability to a very high level. It is not right to oppose such inventions, and it is not right in terms of one’s spiritual development in hoping for tools only.

Spiritual abilities can be developed with the help of technology, but the forces to be obtained without a certain stage will be used in an uncontrolled manner to the detriment of humanity. Because the discovery and development of certain abilities, provides important gains in revealing human aspects of human beings. Otherwise, the results of a science that considers man to be just energy will make man indistinguishable from robots.

Einstein’s disintegration of the atom was perhaps curiosity, perhaps advancing science and benefiting humanity. But he never set out to make atomic bombs. In psychotronic science, it is not the explanation or advancement of paranormal events that make people uneasy, but the use of this power as a weapon. Everything can be controlled, from sending people to brain waves to controlling people’s minds, to what kind of behavior they can hold. Studies that could take years to do telekinesis with energy weapons will become more destructive in a moment.