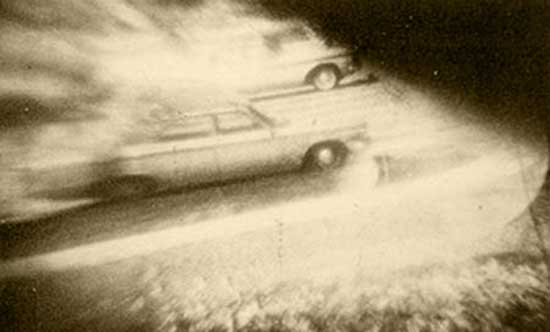 Thought Photography from Past to Present

Thought Photography has a history that goes back to Nikola Tesla. Tesla believed that there should be a way of reflecting the mind to the outside world. According to his unique ideas, it was not impossible to build such a machine as a result of the joint work of physics and biology. Nikola Tesla did not see this as a phenomenon that certain people could do as a paranormal event, but rather on a technology that everyone could use. According to the data we have, we do not know if he has implemented this idea.

Ted Serios was the first person to record his thoughts on film using a polaroid camera. He managed to transfer his thoughts to the photo frame by focusing the camera on his face and forehead. He never used the camera himself, his father used it until his death and then his son. In addition to carrying out his studies with his son and father, he also made people in front of other people and astonished them.

He imagined many subjects, including Madonna, in his mind and transferred them to a photographic film. His most striking work is transferring the photo inside a thick envelope to the camera and removing it from the photographic film. Denver Psychiatrist Jule Eisenbud experimented on Ted Serios and published a book called Ted Serios’ The World of Ted Serios, Cape, 1968.

Can Thought Be Recorded?

Can thoughts be recorded? is a phenomenon that mankind has been curious about since the beginning. The paintings drawn on the cave walls in the early ages are the greatest indication of this need and curiosity. After painting, writing was invented and people started to convey what they thought by means of writing. They both recorded their thoughts and shared them with other people. And today, the phenomenon of “recording thoughts” has reached its highest level. Thoughts, writing, painting and technological environment began to be recorded in every way.

What if it was possible to transfer and record our thoughts in the form of pictures or text to a certain medium without the need for paper, pencils, computers? This idea is not conspiracy theory or information hidden from all humanity. Recording the thoughts, Nikola Tesla’s “I wonder if such a thing can be realized?” and Ted Serios.

How are thoughts transferred to photography?

Can thought be transferred to painting? Can the idea be photographed?

Thought photography, which is the recording of thoughts, is the greatest proof of the penetration of imagination into reality. Parapsychology studies are not specific to specific individuals. Anyone can do that. You can take a photo of your thoughts with the technique we will explain. I strongly recommend that you go into deep trance before doing this.

Thought photography can be compared to the application of telepathy to a camera, not a person. Transferring thoughts as a fixed picture requires intense concentration and imagination.

⇒ Polaroid, if you can not find a camera on your forehead, point the middle of your two eyebrows.

⇒ Imagine a small cube in your mind for a start. Be sure to clearly imagine the color and size of the cube.

⇒ Imagine the cube coming out of the middle of your two eyebrows and slowly growing and covering the photo lens completely.

⇒ At this moment, tap the shutter button and take a picture of your idea. If you wish, you can ask someone else to take the photo to improve your work success.

First, try taking photos of the objects you specify. In the later stages (your concentration and imagination to the highest level), you can literally step into thought photography by taking photos of your thoughts.