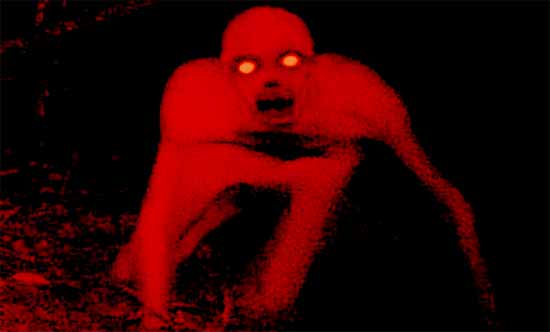 How do jinn affect people? How does it bother? Can gins hurt people?

Scientific and religious views show different approaches in the definition of genus. In religious sources, it is stated that people are the element of earth as the source of creation, while the jinn are related to the element of fire. In the scientific literature, while defining the source of the jinn; metaphysical or energy. Although different definitions and names are used, it is common sense that jinn does not have a material body like humans.

The reason why gins can influence people is like a one-sided mirror. While they can see us, we cannot see them.

There is an important point in affecting the people of the jinn. Humans are entities that have both substance and spiritual dimension. Human beings can penetrate both matter and substance beyond; If the person is not in contact with the substance, he / she may be vulnerable to the effects beyond the substance. Because they do not perceive external influences with their spiritual receptors and can only evaluate the substance size. The effects of gin starts at this point. Just like using a single storey of a two-story house; we never know what’s going on on the unused floor.

We can deal with the effects of jinn in a physical, psychological and energetic way. These kinds of effects are of course due to the fact that they are suitable for their structure and people are also open to such influences. Gins can affect people from the substance level to the energy level and from the energy level to the substance level in a bi-directional way. Because they are fed with energy, they can evaluate the human body as a source of food. People under the influence of more than one genie can be weak and exhausted. They are also common to the energies of the nutrients we eat and may prevent us from utilizing the energies of food.

They may interfere with the functioning of the human body, including the nervous system. The effects are more people are affected and the mechanisms are triggered.

As the effects are related to the energy dimension, they can affect our nervous system and cause symptoms such as pain, tremors, numbness, contraction and weakness in the body. Ibn-i Sina, El-Kanun Fi’t-Tibb in his work in some people because of epilepsy refers to the demons.

Physically, the jinn are similar to the effects on hypnosis with their effect on our nervous system; they can cause burning, irritation and swelling in the body.

As described in the materialization and dematerialization, the jinns may have an effect on the transport of objects from one place to another. Physical effects on humans can also be evaluated in this context.

Psychologically, jinn can cause depression and aggressive behavior (being constantly irritable and angry). Scientifically speaking, many physiological disorders are caused by psychological disorders. Because of their telepathic effects, they can drag people into mental depression. Diseases, psychological and neurological effects may be triggered by triggering. People who are easily affected can be sick by convincing themselves that they have received suggestions.

They do not want to drag people to death that lead to death but they try to manipulate their wills in the way they want and pass them. Thus, they prevent the recognition of the abnormal changes that exist in man.

In an energetic sense, the jinn can intervene at many points, from the aura to the life energy of the human being. Since neuron cells serve as our power plants, we can say that energy and psychological behaviors are interrelated. One can be the cause of another. They can disturb people with their sleep and awakening stages, trance and dreams, or through direct imaginary dreams.

Telepathic Effects of Gins on Peoples

We know that the jinn enters the human body, the nervous system. During this movement, they can interfere with the brain and the pineal gland there. The Epiphysis is known as the Bridge Between Soul and Body. Using the in third eye vision Peoples mechanism with some of the interventions done through the epiphysis, some people can prepare themselves for different ways of seeing themselves.

Some of the thoughts in the human brain or the external factors that give rise to these thoughts are the subject of voluntary or involuntary telepathic exchanges between people can. Telepathic communication between people can be connected to the correct frequency to have a positive or negative effect.

Similarly, gins can convey some thoughts to people with telepathic whisper. People can perceive these thoughts as thoughts themselves.

How do gins affect people with the telepathic communication channel?

Telepathy consists of two parts: receiver and transmitter. It doesn’t matter which channel the person represents. If there is a transmitter in the middle, it means there is a receiver. It can affect the telepathic messages received by the receiver from the transmitter, making it feel like a telepathic message. They can manipulate messages by manipulating them. Since telepathic communication is of a physical dimension, neither the recipient nor the donor may be able to understand this in the substance dimension.

How can we be protected from the effects of gin?

Gins, people physiological, psychological, neurotic and metaphysical effects can be positively or negatively affected. evaluate the causal relationships of effects; this is the level that can interfere with the effects. Science is ineffective at the point of diagnosis and intervention by observing the invisible effects with sensory organs because it is substance-based. Since there is no scientific intervention, spiritual energy should be increased on a personal basis and measures should be taken in this direction.

You can look at the topics that have been published under the Psychic category.

Some people’s psychic structures have an innate tendency to contact the Jinn. (Psychological Ability Locations on the Birth Map) These people, who are called psychics, can easily communicate with them. Apart from these, there are people who diagnose and treat the diseases caused by genera by using the techniques transferred from one generation to the other by the method described as hand-giving.

Some words, names, numbers and sentences are repeated in certain proportions by opening the communication between the dimensions of the methods, in this area is extremely risky for inactive people. People who have no qualification at the spiritual level after the reunion and gynecology sessions to benefit from the genus, to receive information, to gather information and to perform for others, can easily become under their influence.

How do demons directly or indirectly affect people in contact?

There is no clarity about this issue. The energies or spirits that affect them are considered as the ones that have remained in the world. The main reason why science is not included in the literature as an official language may be that the current competence of science is insufficient to prove the fact of the fact. However, it is known that there is an idea of ​​being used in intelligence fields as an asset or energy. It is unclear what the Jinn as considered or what they are regarded as.

Movies and Perspectives on Gins

The main starting point of the films about the jinn is the experienced events. In some films, subject matter is considered scientifically, but the point of view includes mainly religious and cultural elements. The main reason is that the subject is scientifically unacceptable throughout the world. Although there are lived events and affected people, the existing sciences have not yet reached the level that can address the subject of demons. The subject can be handled by individuals whose mental perceptions are more open.

One of the mechanisms of action of gin is fear. When the subconscious scenes, images and words are triggered by telepathic whispers, the mechanisms of the self-protection mechanism to prevent external interventions can be distorted and easily exposed. Because filmmakers prepare the scenes of fear and tension after a long period of analysis, they know which words and images can be affected by human perceptions. Particularly after watching movies, those who are afraid and lonely when they are lonely, should be careful about the films they watch.