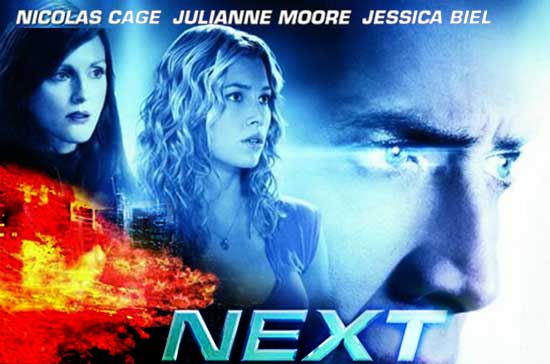 Next – Movies on Precognition. Among the films I have seen so far, I can say that it is one of the best productions about spiritual abilities. Although the subject is exaggerated with effects to improve the traceability of the movie, I recommend that psychics, especially those who anticipate and perceive the innate and happenings, should watch.

The details of how events are foreseen and how things can be impacted (intervention in possibilities) are processed without making the film boring. It is often difficult to find such details in such productions. Since such issues are mostly covered in horror and thriller movies, the details that need to be addressed are sacrificed to fear and tension. The main element supporting this movie is determined as romance.

A Beautiful Expression Without Fear and Thriller.

You can say that there are adept people who are able to pass on these subjects without scaring you, watching the movie, serious research on the subject of the movie, written and translated by people who know what to do.

If you have similar capabilities in part, the movie will become more attractive to you. When you watch the film, you will find answers to some details that you cannot explain, which you do not know.

The main subject of the movie is the lives of people with innate “Precognition” ability. To make the movie impressive, the FBI, nuclear threats, terrorism, disaster prevention and romanticism have been added.

One of the most beautiful aspects of the film is that when the existing technological facilities are insufficient, one can also benefit from the spiritual abilities of human beings and the people with innate spiritual abilities can be made without being hurt and turned into a guinea pig. And this is a masterful spread of romance and dramatic scenes throughout the movie. Many people will better understand why these people have to hide when they analyze the whole movie in their minds. A message was sent in this direction,

– Okay, you’re right. But, when the facilities are inadequate, we need you.

Expression of People with Mental Ability

In this film, the forces that try to shape the world wear out in experiments to use people with spiritual abilities. Nicolas Cage (Cris), who has the ability to innate precognition but does not know exactly how to use this ability, is also exaggerated in order to express why he had to hide his spiritual features.

The film is adapted from a novel, but likewise tries to put emphasis on people who are forced to conceal these features because of the fear of being imprisoned in the laboratory because of their real-life spiritual abilities. Naturally, as always, filmmakers are strong in everything, we can use all opportunities, they have messages.

Setting the movie name to Next instead of Precognition may have been made to evoke more action. However, for those interested in this field, it will make it difficult to rediscover the film once it is out of date.

We were able to watch the film on Telekinezi.com forum pages with the help of a friend expressing them under the title of movie suggestions. Thanks Mysticforce

Next – Trailer for Pre-Cognition

Spiritual Ability: Precognition. (Foresight – To see an event or possibilities before it happens)